The short history of coffee

Did you know that people most probably originally ate coffee instead of drinking it? The people of Uganda, for example, chewed dried beans when they went on a long journey, because they felt that the beans gave them extra strength. But how far does the history of coffee go back?

The first transport of coffee to Venice

According to one legend, the refreshing effect of coffee beans was originally discovered by Kaldi, an Ethiopian goat-herder, who noticed that his goats became much livelier after eating the small red berries. He told it to the monks who lived nearby, and they discovered that by roasting the beans, they can make a delicious drink.

Another story claims that a Persian doctor called Rhazes first used coffee (“quawa”) as a stimulating medicine and mentioned it in his work Continents.

Coffee was first grown in Yemen on terraced farmlands. Coffee drinking as a habit was taken by Muslim pilgrims to Mecca and Medina and it spread to the entire Middle East. Later coffee farming appeared in Arab countries and Egypt, where drinking coffee (or kahweh) quickly became an everyday thing.

In the 16th century, travelers and botanists visiting the Middle East sent news to Europe about a formerly unknown plant and about the drink made from its fruit. Merchants quickly realized the potential in the new drink, and the first bags full of coffee beans arrived in Venice in the early 1600s. This was the moment when Europeans started to learn about coffee. The news of the coffee transport to Venice spread like wildfire, and soon enough Dutch merchants also started to show interest in growing and trading with coffee. Thanks to European travelers and monks, coffee made its way everywhere around the world and became extremely popular in a heartbeat.

This sudden fame was a good basis for a new social scene. All across Europe (in Italy, Great Britain, the Netherlands, France and Germany) coffee houses were springing up like mushrooms. Just like the first coffee transport, the first European coffee house also landed in Venice under the name La Bottega del Caffé in 1624. By the early 18th century, the Dutch had coffee plantations in Indonesia, the French had taken coffee to Martinique, while the Spanish started growing the plant in the Caribbean and Central and South America. This is how Brazil encountered coffee and this is how the country became one of the greatest producers in the world. Germans took coffee to East Africa, Kenya and the slopes of the Kilimanjaro. By the 19th century, coffee had spread all along the lines of the Northern and Southern Tropic. And by the 20th, it conquered Europe and much the world as one of our most beloved indulgences. 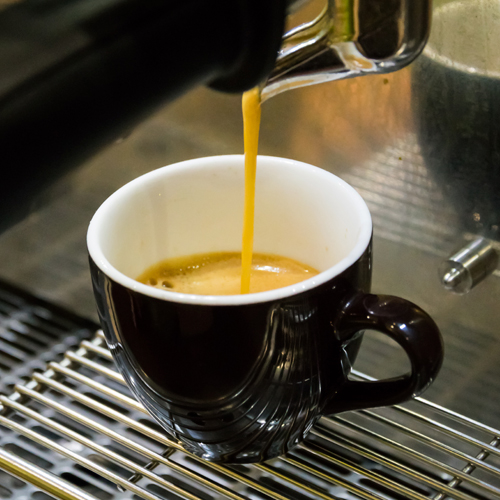 Famous peoples and the coffee 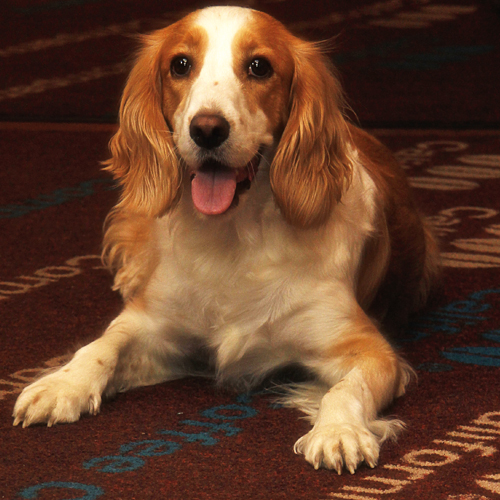 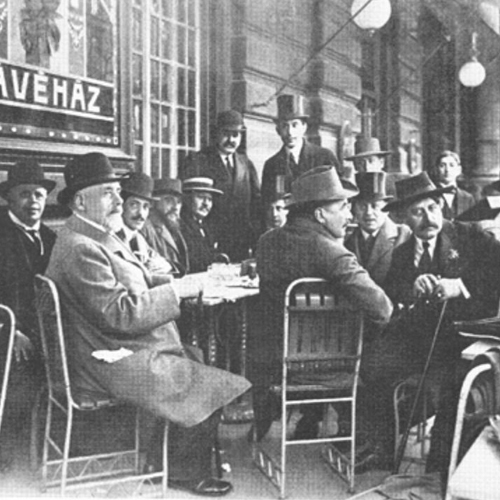 Fun facts from the world of coffee

News and stories to go with your coffee

Where can you find us?

Our cafés in and around Budapest

The first-opened California Coffee Company café soon became a favorite spot for young businesspeople and university students. Do you have a business meeting? Would you like to study? Would you like to relax in our comfy chairs with a cup of steaming coffee in your hand? You will find our café is the perfect spot. We await you with hot and cold coffee specialties, fresh sandwiches, and delicious cakes.

We await coffee lovers with a fantastic view and real specialties in the heart of the city. Our café adjacent to the Basilica is always buzzing with life; the breathtaking panoramic view of the cathedral, great music and vibrant atmosphere attract young people and toursits from all over the world. Make sure to pop in and see for yourself!

Our second-to-open café is visited mainly by Hungarian and foreign students from nearby universities, so the atmosphere is always youthful and dynamic. It's a perfect place for a quick refreshment between two classes but if you don't mind the hum of conversation, you can find the perfect for studying as well. And you can do all this accompanied by the best coffee and delicious treats.

Our café in Liszt Ferenc tér can take you right back to past! The predecessor of this café was highly popular among guest around the turn of the century and we would like to make the place one of Budapest's most beloved cafés again. With the design, we were trying to preserve the cultural-historical heritage while adding a bit of young and dynamic style. Visit us and relive the past with a cup of steaming hot coffee.

Our latest shop just opened on the “restless” Corvin Passage as we call it. It is truly a nice and cozy shelter for you if you feel like having a break after the mal or just to recharge yourself after gym, having a coffee, a delicious cake or a sandwich. If you’re a student you don’t have to worry either. We are close to the unis and we made perfect working sections for you. All that matters is to make you smile at the end.